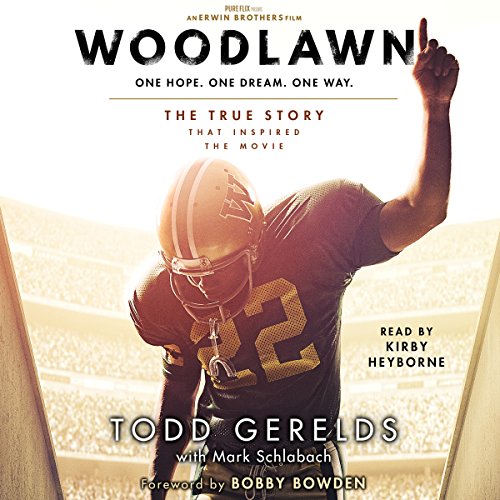 This riveting true story of courage, strength, and football at the height of racial tension in Birmingham, Alabama, inspired the motion picture Woodlawn and tells the story of Coach Tandy Gerelds; his running back, Tony Nathan; and a high school football game that healed a city.

In the midst of violent, impassioned racial tensions in Birmingham, Alabama, new football coach Tandy Gerelds was struggling to create a winning football team at Woodlawn High School - one of the last schools in Birmingham to integrate. The team he was handed did not have the caliber of players he needed to win - until he saw Tony Nathan run.

But Tony was African American, and Coach Gerelds knew that putting him in as running back would be like drawing a target on his own back and the back of his soon-to-be star player. But Coach Gerelds saw something in Tony, and he knew that his decision to let him play was about more than football. It was about doing what was right for the school...and the city.

Coach Gerelds' football field became the only place in Birmingham where racial tensions melted away, but Tony was still plagued by chaos and violence in school. With the help of a new school chaplain, Tony learned to look beyond himself and realized that there was more at stake than winning a game.

In 1974 Coach Gerelds' interracial team made Alabama history, drawing 42,000 fans into the stadium to watch them play. It was this game that triggered the unity and support of the Woodlawn High School Colonels and that finally allowed a city to heal and taught its citizens how to love.