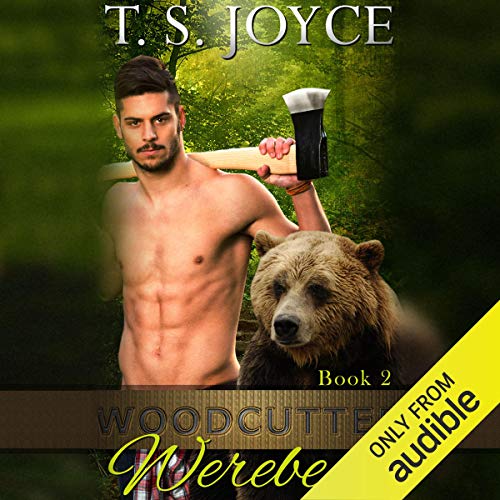 Skyler Drake is in way over her head. As a breeder chosen by a Crestfall warrior, she's had plenty of time to accept her fate. But when a chance encounter in Saratoga thrusts her into the path of a mysterious, and strange-talking shifter, Kellen, she begins to realize just how big the world is. And when Kellen-the-kidnapper turns out to be a battle-hardened werebear, she's thinking she just might have stumbled upon someone who could love her despite her flaws - and possibly survive the wrath of her people.

Kellen would rather be hanged than watch a woman be hurt and trapped in a life she doesn't choose, and when he gets a glimpse at just how much Skyler is keeping inside, he doesn't think, only acts on protective instinct. Sure, he's kidnapping her, but he knows what she really is, and she can escape any time she wants. Unfortunately, his bold moves and determination to show Skyler just how unbreakable she can be put his crew of lumberjack bear shifters in peril. But if he can toe the edge of danger, and avoid the wrath of his alpha, he just might find a mate worth sharing his secrets with.

Sooo worth every minute

Ok so i'm going to have to start kicking my own but to write more reviwes for the books i love because honestly i get chills when i read some of the unflattering reviwes. i know i know everyones allowed an oppinion and so be it but as everyone does i realy Need to start sharing mine. so it's simplei'm in love truely deeply madly with each and every one of t.s joyces Damon mountain univers books all Crews and packs and prides and so on i love them all the misfits the Monsters the beastsand so on every one of her characters is Special and deserves a Little place in a Readers heart i'man audible addict so i'm realy raleing for more audiobooks but as for some reason there not all out there yet i've read them all and each of the 48 books istotaly worth it so if you love magic friendship chaos and a good time These books will bring them to you and Maybe you'lleven make a wish on 10.10 the next time you realy want something Special ;)