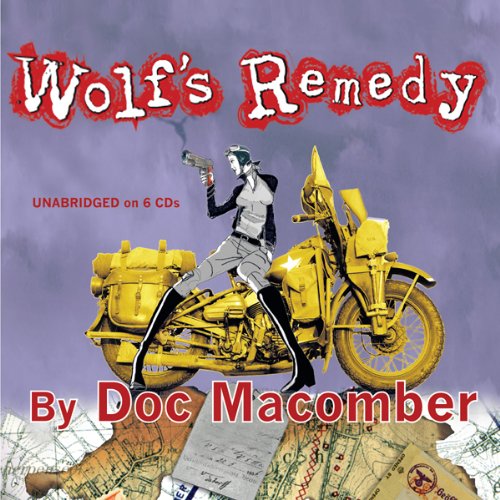 Set against the backdrop of present day politics, Wolf’s Remedy explores one secret cadre’s mission to right the atrocities of World War Two. But when do avenging angels cross the line to become killers? Follow Air Force investigator Jack Vu as his hunt for a murderer exposes a long hidden government cover-up of American and Nazi looting of Jewish art.

When this art begins to mysteriously reappear on the porches and doors of Holocaust survivors, Jack narrows his search to a bonded group of senior citizens who served together in the European theater in the waning days of the war. As this aging band of Robin Hoods leads Jack Vu through a maze of clues and suspects, he is forced to narrow his focus and open his mind.

Should he enforce the laws of the land or answer to a higher authority? These men on their last mission are doing angel’s work. The return of these stolen treasures represents the lives of those wrongly taken. With his own history in war torn Vietnam and subsequent years in the Killing Fields, Jack has a strong compass when it comes to revenge and reparations. The question is how to balance the two.

This historically accurate tale and the moral choices and actions by these unforgettable soldiers present thought provoking questions that will linger long after this satisfying thriller reaches its conclusion.

“Doc understands the seamier side of life as only a man who has pursued this path can. His characters are complex, loaded with contradictions and wholly believable.” (Dan Schilling, veteran of multiple special ops missions and co-author of The Battle of Mogadishu)
“As addictive and satisfying as my first tattoo, Wolf’s Remedy left me craving more.” (Lyle Tuttle, tattoo legend and historian)
“Lean back, crank the throttle open, and hang on. This turbo charged tale is as gratifying as a Harley hitting the open road.” (Jason Rogers, co-owner, Columbia Motorcycle, Harley Davidson)