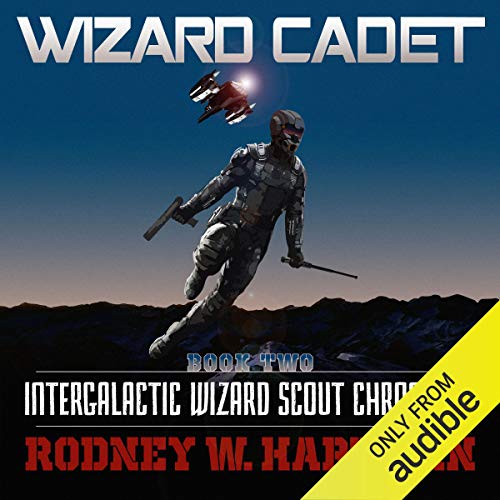 Wizard scouts are the elite, deep-recon forces of the Intergalactic Empire. They are a mix of technology and magic-like abilities.

Richard, a cadet at the Intergalactic Wizard Scout Academy, is on assignment to retrieve a defecting scientist on a planet deep behind enemy lines. In theory, it should be a simple in-and-out mission. But as Richard learned long ago, nothing is ever simple. With a deadly Crosioian scout hot on his trail, Richard soon finds himself stuck with a couple of super-genius children who may hold a secret that could mean the salvation or destruction of three galaxies. Between dodging plasma rounds from heavily-armored Crosioian soldiers to battling werewolves, ogres, magic users, and deadly dimension-shifting cats the size of lions, Richard soon finds himself far outside his original mission parameters.

Even with the help of his battle computer, Nickelo, the odds of Richard completing his mission and getting the children safely home is low. Add in the interference of the mysterious entity known as 'the One' along with an all too suave master demon, and the odds of survival decreases even more rapidly. Will Richard's wizard scout training prevail, or is he doomed to fail? His only hope may well be to find allies in the most unlikely of places. Of course, a liberal sprinkling of luck wouldn't hurt either.