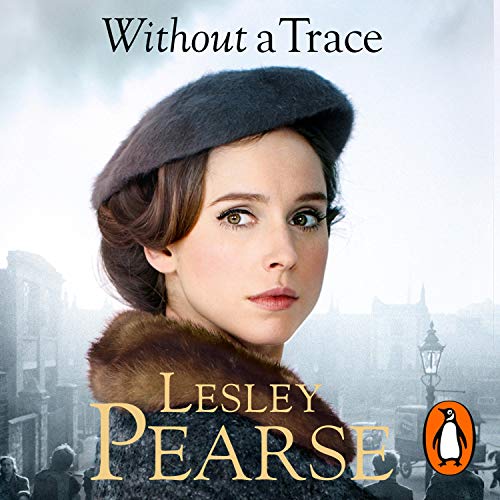 Penguin presents the unabridged, downloadable audiobook edition of Without a Trace.

In the Somerset village of Sawbridge, young shopkeeper Molly Heywood slips away from the celebrations to her friend's cottage and makes a shocking discovery: Cassie is dead, and her six-year-old daughter, Petal, has vanished without a trace.

In her grief Molly seeks help from her childhood friend, George, now the village policeman, but no one can find Petal. The only clue is a letter from London, where Cassie once lived.

Despite George's reluctance and her growing feelings for him, Molly resolves to go to London in the hope of discovering the missing child.

Arriving in the big city, Molly quickly learns it's a dangerous place for a country girl on her own. But there's hope, too - in the Blitz-ruined East End, she unexpectedly finds friendship with strangers from Cassie's past and, with handsome, mysterious workman Charley, the possibility of something more.

However, the closer Molly gets to the truth, the more perilous her journey becomes. She has given up everything - her home, happiness, and a chance at love - all to find Petal. But is she also risking her life?

From the number-one UK best-selling author Lesley Pearse comes Without a Trace, a gripping story of bravery, secrets and love.

Pearse's novels have sold over 10 million copies worldwide. Her 17 most recent books, including - Forgive Me, The Promise, and Belle have all been huge best sellers. Lesley lives in Devon and has three daughters and three grandchildren.