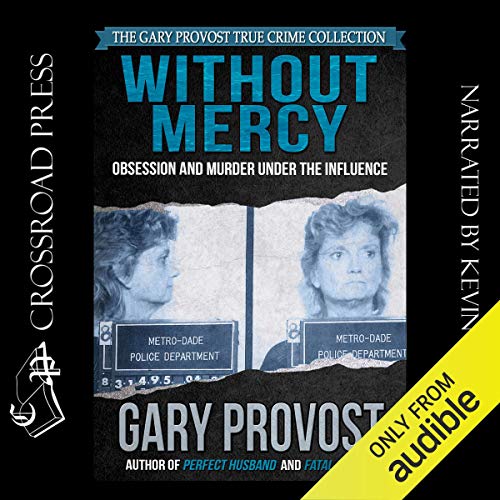 On any Sunday morning in the Florida Redlands, Dee Casteel might have served you pancakes at the IHOP.

She was a hard-working, cheerful waitress, one of the nicest people you'd ever want to know. She was also a three-bottle-a-day alcoholic, hopelessly in love with the IHOP's manager, Allen Bryant. Bryant wanted his live-in lover, IHOP owner Art Venecia, dead. And Dee Casteel helped him to arrange it.

After Venecia's murder, Dee and Bryant moved into his house, forged checks, spent his money, and embezzled from the IHOP to buy gifts for Bryant's boyfriends. But there was an even more gruesome killing to come.

Without Mercy is an engrossing, bizarre true story that traces the twisted path to a loathsome crime. But it is also the story of middle-class citizens gone wrong, of an almost-perfect murder, the traumas of alcoholism, and a legal system that can be deadly in itself. Dee Casteel was an ordinary woman - who now stands convicted of one of the most cold-blooded crimes of this century.