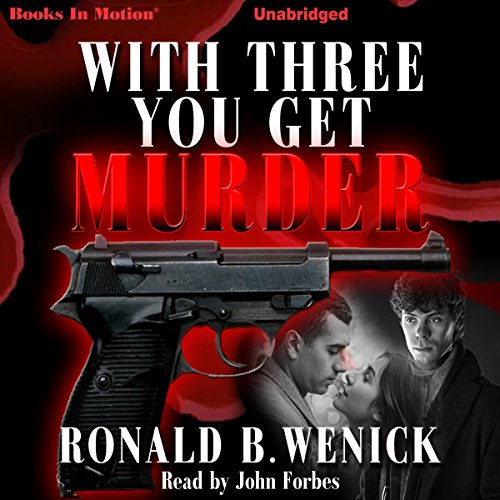 With Three You Get Murder

Colin Graves lives a normal middle-class life until he finds a story outline at his friend Taylor Knight's apartment entitled With Three You Get Murder. The three main characters are oddly similar to himself, his wife, Maddy, and Taylor. The wife and friend have the customary affair, and the husband finds a home six feet under. Writers often use people they knew as the basis for story characters. Of course it was nothing more. But bit by bit Colin notices things that spark his suspicions.

Enter Max Madden, a private detective, who unearths some "interesting facts:" Maddy was married before, had an affair with her husband's best friend, and her husband died of an apparent suicide. Max thinks the suicide is suspicious, and says he believes Maddy did it. Convinced of his wife's infidelity and best friend's betrayal, Colin devises a scheme to murder Taylor and frame Maddy, using the information he'd received from the detective to set it up. But will he be in time, or will they kill him first? Or was the whole thing just his imagination? It’s not until the very end that the startling reality is revealed.

Das sagen andere Hörer zu With Three You Get Murder