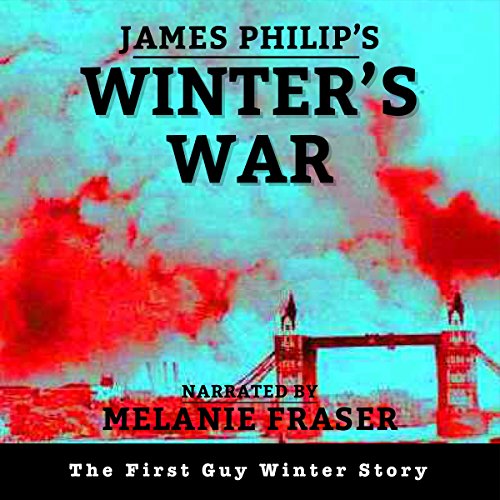 Winter's War is the first full length Guy Winter mystery. It is set in England in the Second World War at the time of the Battle of Britain and the start of the London Blitz.

August 1940 - Chief Inspector Guy Winter has been Fleet Street's favorite detective for over a decade. Dubbed the "Mystery Man" by his friends and enemies alike, for all his fame he cuts a lonely figure at Scotland Yard, where every newspaper story is fresh grist to an already tired mill. Laid low by personal tragedy, there are many who suspect that the great detective's career is over.

Guy Winter, still in mourning the death of his wife in a tragic traffic accident the year before is summoned back to Scotland Yard to hunt for a psychopathic killer who is retracing Jack the Ripper's 52-year-old bloody trail of terror through London's East End.

Evil stalks the London blackout at the height of the Battle of Britain as a madman sets out to sow panic in the streets. But nothing is quite what it seems. As the threat of invasion looms ever larger and great aerial dogfights rage in the skies over southern England, as air raid sirens wail in the night, searchlights play across the face of the heavens and the first bombs fall, old scores are being settled and we discover that Guy Winter has been living a double life more mysterious than anybody ever suspected.

Now that double life has returned to haunt him. Now he no longer knows whom to call friend or foe.