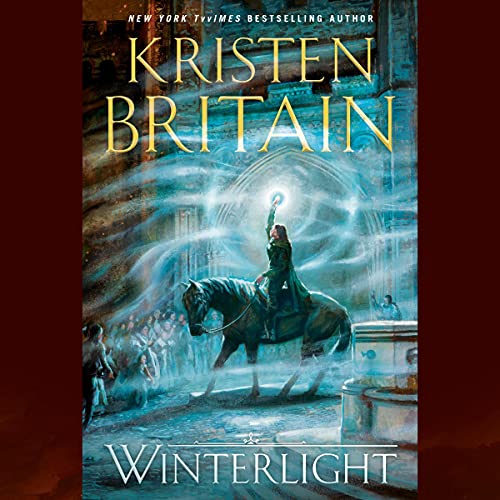 This seventh novel of the Green Rider series follows the adventures of messenger, magic wielder, and knight Karigan G'ladheon as she fights to save king and country from dark magic and a looming war.

After her capture at the hands of Grandmother and the Second Empire, Karigan G'ladheon is making halting progress toward recovery. Karigan takes on increasingly dangerous missions, haunted by the specter of her torturer, Nyssa, and sinking ever further into the mire of her recollections of the past and the losses she's sustained.

Meanwhile, the forces of the Second Empire are moving on Sacoridia, and their primary target is a vulnerable garrison that guards a crucial mountain pass. Faced with new fatherhood and a country on the verge of war, King Zachary sends a contingent of soldiers and Green Riders to the pass - but his own recovery from the events of the North is not yet complete either.

Reunited with her fellow Riders at the pass, Karigan takes on a leadership role but quickly finds that the Riders are not as she last left them. As tension mounts and war draws ever closer to the heart of Sacoridia, Karigan must discover what it truly means to be a Rider and a hero of the realm - and what sacrifices must be made to truly heal from her past.

Great story and narrator.
Loves it like always!
Went through it like it was butter, I couldn‘t stop listening.
👍👍👍