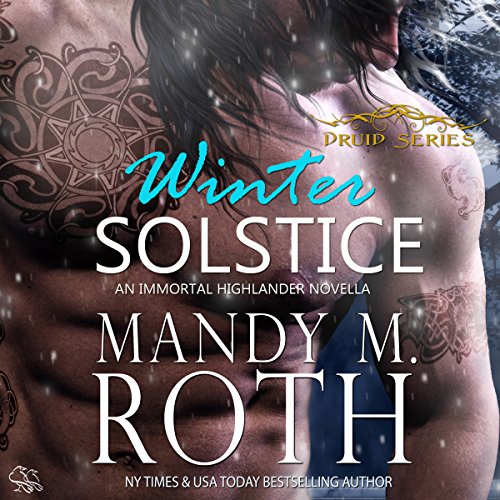 Powerful, immortal, magical, and cursed to the shadows of the night. Gordon O'Caha, a 700-year-old druid sorcerer, fell in battle centuries ago. When he recovered, he found he wasn't as he'd once been: purely magik. He was much, much more. Now he shares his body with darkness, a demon gifted to him by the blood drinkers he'd been attacked by. His family and clan haven't turned their back on him. It's Gordon who has shut himself away from them. This hardened man does what he has to in order to survive: he drinks blood, feeds his sexual lust, and exists, nothing more. That is until a sassy slip of a woman careens into him on the street, spilling her hot coco all over his groin. It's literally hotter than he can handle. The minx isn't what she appears to be and, when her secrets are revealed, so is a dangerous plot.

Chelsy Riley is doing her best to get by. Her grandmother's passing left her without family and with a tiny used bookstore to run. She thinks it's as hectic as it can get. When she slams into a sexy, gruff man who seems oddly out of time and place, she learns what secrets her past holds and that her future is full of endless possibilities. That is, only if she doesn't become a sacrifice for dark mages.