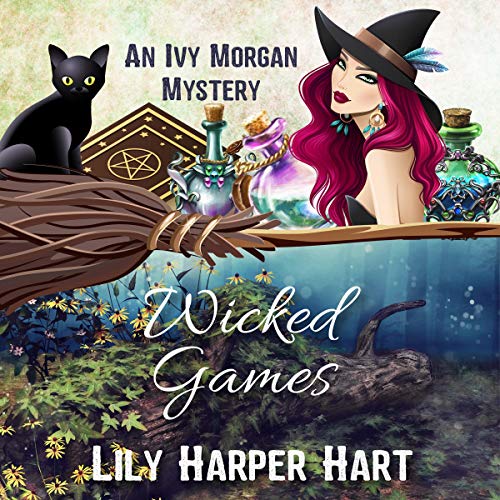 Ivy Morgan knew she was in for a world of hurt when she was sentenced to community service. She had no idea just how bad things were going to be, though. On her first day of picking up trash along the roadside, one of her crew members stumbles over a body, and it happens to belong to someone she knows.

Sasha Carmichael was described as a “good girl” and nobody can figure out how she ended up alone in the woods, so close to a road and help, and abandoned. When Jack Harker and his partner start digging down, though, some dark possibilities come to the surface.

It seems Sasha had ties to more than one person on Ivy’s work crew, which means Shadow Lake’s favorite witch is working with a killer. Finding the guilty party is difficult, especially given the way her crew chief is watching her.

If Ivy sticks even one toe out of line, her community service could be extended. That means her wedding is on the brink and her honeymoon might be lost. Jack isn’t about to let either of those scenarios happen.

It’s going to take both of them working together to solve the crime, and even then nothing is guaranteed.

Hang on to your hats, because murder has come to Shadow Lake and this killer might not be done...by a long shot.