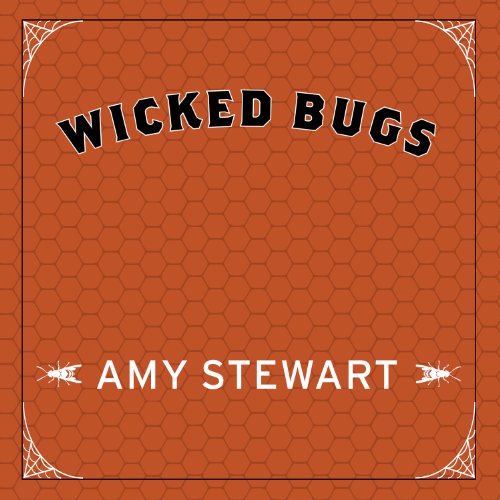 Award-winning author Amy Stewart's Wicked Bugs is a compendium of every little critter you never want to run into, with interesting history lessons thrown in along the way. Ever hear the one about the guy who committed suicide by Black Widow? How about the time Darwin got some beetle juice squirted into his mouth? Bonus: have enemies? This book will teach you how to coat an arrowhead with poison from various insects and other potentially toxic compounds.

From spiders to stink bugs, this book is not for the faint of heart. Want to have nightmares forever? Picture a locust swarm larger than the state of California. One of the most compelling chapters is one that focuses on zombie bugs, particularly the parasitic Jewel Wasp, which injects venom directly into the brain of a cockroach, then forces the roach to do its bidding.

Coleen Marlo handles the text with an encyclopedic accuracy, narrating swiftly through all manner of latin phylum, order, class, and species with the greatest of ease. In the end, you're thankful that she can keep it clinical, just for the sake of minimizing the sometimes graphic nature of the content.

A big part of the message here is that bugs are more powerful than we give them credit for. Stewart posits that lice, not the harsh Russian winter, may have been the downfall of Napoleon's army. She also implies that Formosan termites may have been responsible for breaking the levies and causing the widespread devastation of Hurricane Katrina. If you had any doubt about it before, you can put it to rest now; bugs really are wicked.

In this darkly comical look at the sinister side of our relationship with the natural world, Stewart has tracked down over one hundred of our worst entomological foes - creatures that infest, infect, and generally wreak havoc on human affairs. From the world's most painful hornet, to the flies that transmit deadly diseases, to millipedes that stop traffic, to the Japanese beetles munching on your roses, Wicked Bugs delves into the extraordinary powers of many-legged creatures.

With wit, style, and exacting research, Stewart has uncovered the most terrifying and titillating stories of bugs gone wild. It's an A to Z of insect enemies, interspersed with sections that explore bugs with kinky sex lives, creatures lurking in the cupboard, militant ants, and phobias that feed our (sometimes) irrational responses to bugs.

Wicked Bugs is a fascinating mixture of history, science, murder, and intrigue that begins - but doesn't end - in your own backyard.

"Stewart amusingly but analytically profiles the baddest bugs around in quick but attention-grabbing snapshots of little creatures that pack a lot of punch." ( Booklist)