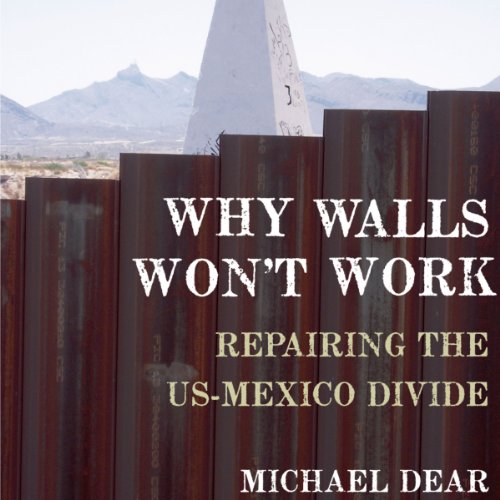 When thinking about the border separating the United States from Mexico, what typically comes to mind is an unwelcoming zone with violent, poverty-ridden towns, cities, and maquiladoras on one side and an increasingly militarized network of barriers and surveillance systems on the other. It was not always this way. In fact, from the end of Mexican-American War until the late twentieth century, the border was a very porous and loosely regulated region.

In this sweeping account of life within the United States-Mexican border zone, acclaimed urbanist and geographer Michael Dear traces the border's long history of cultural interaction, from exchanges between the region's numerous Mesoamerican tribes onwards. Once Mexican and American settlers met at the Rio Grande and the southwest in the nineteenth century, new forms of interaction evolved. But as Dear warns in his bracing study, this vibrant zone of cultural and social amalgamation is in danger of fading away because of highly restrictive American policies and the violence along Mexico's side of the border.

As he explains through analyses of the U.S. border security complex and the emerging Mexican narco-state, the very existence of the "third nation" occupied by both Americans and Mexicans is under serious threat. But through a series of evocative portraits of contemporary border communities, he shows that the potential for revitalizing this in-between nation still remains. Combining a broad historical perspective and a commanding overview of present-day problems, Why Walls Won't Work represents a major intellectual foray into one of the most hotly contested political issues of our era.