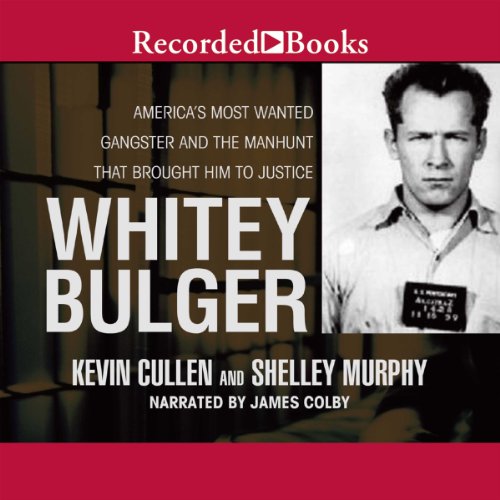 Raised in a South Boston housing project, James "Whitey" Bulger became the most wanted fugitive of his generation. In this riveting story, rich with family ties and intrigue, award-winning Boston Globe reporters Kevin Cullen and Shelley Murphy follow Whitey’s extraordinary criminal career - from teenage thievery to bank robberies to the building of his underworld empire and a string of brutal murders.

It was after a nine-year stint in Alcatraz and other prisons that Whitey reunited with his brother William "Billy" Bulger, who was soon to become one of Massachusetts’s most powerful politicians. He also became reacquainted with John Connolly, who had grown up around the corner from the Bulgers and was now - with Billy’s help - a rising star at the FBI. Once Whitey emerged triumphant from the bloody Boston gang wars, Connolly recruited him as an informant against the Mafia. Their clandestine relationship made Whitey untouchable; the FBI overlooked gambling, drugs, and even homicide to protect their source. Among the close-knit Irish community in South Boston, nothing was more important than honor and loyalty, and nothing was worse than being a rat. Whitey is charged with the deaths of 19 people killed over turf, for business, and even for being informants; yet to this day he denies he ever gave up his friends or landed anyone in jail.