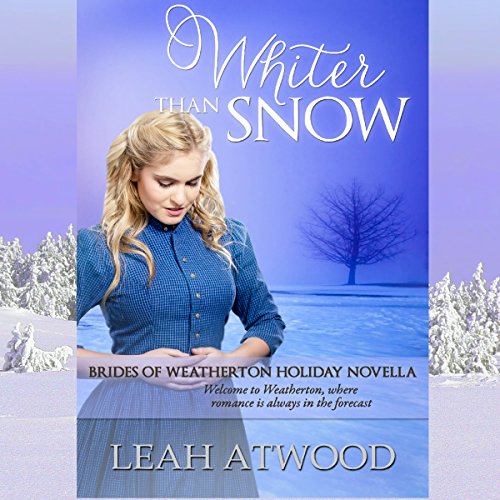 Raised in an orphanage, Tallie Duncan hadn't known love since she was a young child, but when she secured a position as a nanny to two rambunctious boys, she loved them as her own. They filled a void left by a life of tragedy, but when their mother discovered Tallie's secret, her position was immediately terminated. She found herself on the streets, in a town and land about which she knew nothing.

Jeremiah Scott was returning to Weatherton, Wyoming, after a six-year absence. Now that both of his parents had passed, he planned to renew the family ranch he'd left after his father's death. The train ride from Chicago to Cheyenne reminded him how lonely winters in the West could be without someone to share them. While in Cheyenne, arranging business deals and outfitting his ranch, he decided to find an impromptu bride.

But when the bride was more than he bargained for, will it destroy his plans for marriage?

This is a sweet romance for Christmas or year-round, set in late 19th-century Wyoming.