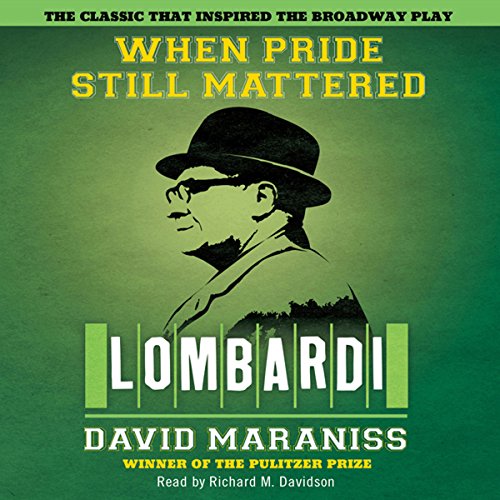 More than any other sports figure, Vince Lombardi transformed football into a metaphor for the American experience. The nine seasons during which he led the Green Bay Packers to five world championships is the most storied period in NFL history. Lombardi became a legend, a symbol to many of leadership, discipline, perseverance, and teamwork, and to others of an obsession with winning. Maraniss captures the myth and the man, football, God, and country in a thrilling biography that has become an American classic.

This year, on the fortieth anniversary of Vince Lombardi’s death, the immortal coach strides onto the Broadway stage in a new American play, Lombardi, based on Maraniss’s critically acclaimed book, written by Academy Award winner Eric Simonson.

"An astonishingly good book....A triumph, a classic American biography." (Robert W. Creamer The Washington Post Book World)
"Forges a near-perfect synthesis of fine writing and fascinating material. May be the best sports biography ever published." (Ron Fimrite, Sports Illustrated)
"A superb book, one of the best on football that we have." (Michael Oriard, The Philadelphia Inquirer)