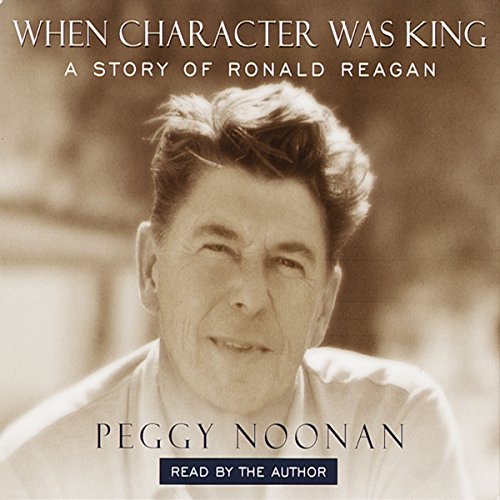 When Character Was King

It is 20 years - a full generation - since Ronald Reagan first walked into the White House and ignited a revolution. From the beginning, he enjoyed affection from so many Americans, but now, as he approaches the end of his life, he has received what he deserved even more: their deep respect.

"Presidents tend to come from something," writes Peggy Noonan. What was the wellspring of Ronald Reagan's greatness? Noonan argues that the secret of Reagan's success was no secret at all. It was his character - his courage, his kindness, his persistence, his honesty, and his almost heroic patience in the face of setbacks - that was the most important element of his success.

No one has ever captured Ronald Reagan like Peggy Noonan. In When Character Was King, Noonan brings her own reflections on Reagan to bear, as well as new stories - from President George W. Bush and his father, George H.W. Bush, his Secret Service men and White House colleagues, his wife, his daughter Patti Davis, and his close friends - to reveal the true nature of a man even his opponents now view as a maker of big history.

Marked by incisive wit and elegant prose, When Character Was King will both enlighten and move listeners. It may well be the last word on Ronald Reagan, not only as a leader but as a man.