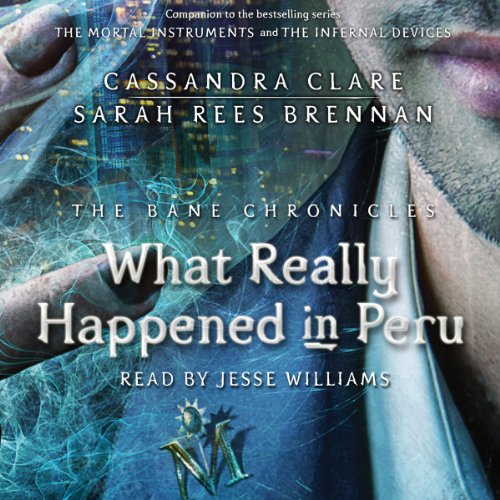 What Really Happened in Peru

What Really Happened in Peru

Fans of The Mortal Instruments and The Infernal Devices know that Magnus Bane is banned from Peru—and now they can find out why. One of 10 adventures in The Bane Chronicles.

There are good reasons Peru is off-limits to Magnus Bane. Follow Magnus’s Peruvian escapades as he drags his fellow warlocks Ragnor Fell and Catarina Loss into trouble, learns several instruments (which he plays shockingly), dances (which he does shockingly), and disgraces his host nation by doing something unspeakable to the Nazca Lines.

This standalone short story illuminates the life of the enigmatic Magnus Bane, whose alluring personality populates the pages of the number-one New York Times best-selling series The Mortal Instruments and The Infernal Devices. This story in The Bane Chronicles, What Really Happened in Peru, is written by Cassandra Clare and Sarah Rees Brennan.