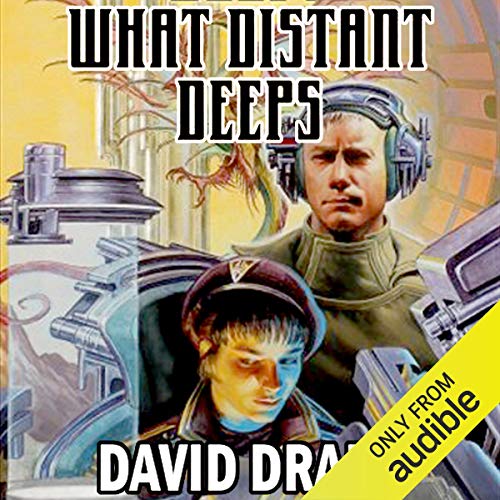 Captain Daniel Leary and his friend, the spy Adele Mundy, have been in the front lines of Cinnabar's struggle against the totalitarian Alliance. Now these galactic superpowers have signed a peace of mutual exhaustion - but the jackals are moving in! The Republic of Cinnabar was on the verge of collapse under the weight of taxes, casualties, and war's disruption of trade. That the Alliance of Free Stars was in even worse condition helped only because it has made peace possible.

Years of war have been hard on Daniel and harder still on Adele, whose life outside information-gathering is a tightrope between despair and deadly violence. Their masters in the RCN and the Republic's intelligence service have sent them to the fringes of human space to relax away from danger. But the barbarians of the outer reaches have their own plans, plans which will bring down both Cinnabar and the Alliance.

The enemies of peace include traitors, giant reptiles, and barbarian pirates whose ships can outsail even Daniel Leary's splendid corvette, the Princess Cecile. Unless Daniel, Adele, and their unlikely allies succeed, galactic civilization will disintegrate into blood and chaos. So they will succeed - or they'll die trying!