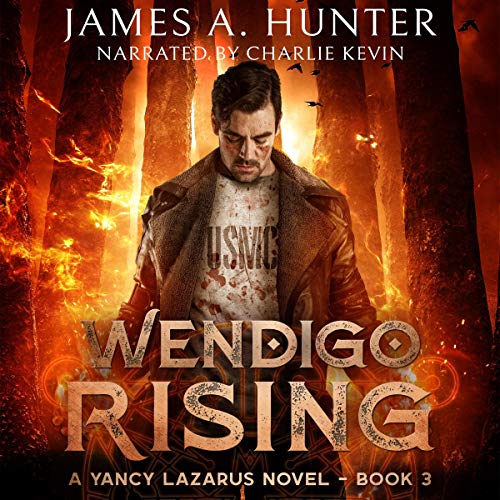 Bigfoot is real. Yancy Lazarus - mage, bluesman, and rambler - knows because there happens to be a nine-foot-tall, walking myth standing in the road, flagging him down.

Yancy just can't escape his reputation as a supernatural fix-it man even when cruising through the forgotten backwoods of Montana. Turns out Bigfoot has a serious problem on his hands: one of his own has gone rogue, developing a taste for the flesh of humans and Sasquatch alike. A greater Wendigo has risen for the first time in thousands of years and if Yancy can't stop the creature it could be a slaughter for the residents of a rural Montana town.

But even with the monstrous threat looming on the horizon, Yancy has bigger fish to fry. He's working as an agent of Fate, attempting to put the kibosh on a nefarious scheme, aimed at upsetting the tenuous balance between the supernatural nations. When your boss is Lady Luck, however, nothing is ever left to chance, and his two cases may have more in common than it appears. If he can't figure out the missing link it could usher in a new world order: an age of inhuman creatures and walking nightmares...one where Yancy Lazarus doesn't exist.