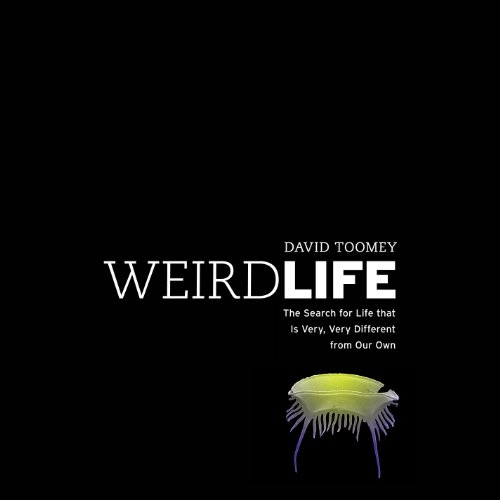 In recent years, scientists have hypothesized life-forms that can only be called "weird": organisms that live off acid rather than water, microbes that thrive at temperatures and pressure levels so extreme that their cellular structures should break down, perhaps even organisms that reproduce without DNA. Some of these strange life-forms, unrelated to all life we know, might be nearby: on rock surfaces in the American southwest, hydrothermal vents on the ocean floor, or even in our own bodies. Some, stranger still, might live in Martian permafrost, swim in the dark oceans of Jupiter's moons, or survive in the exotic ices on comets. Others - the strangest of all - might inhabit the crusts of neutron stars, interstellar nebulae, or even other spatial dimensions.

In Weird Life, David Toomey takes us on a breathtaking tour of a universe of hypothetical life, a universe of life as we do not know it.