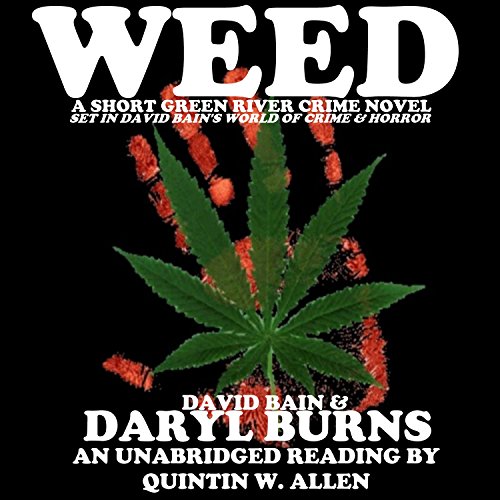 James needs money. Now. Then he learns Mickle doesn't seem to keep much track of his seemingly limitless weed inventory. Mickle won't notice if James snags just one small brick of skank, will he? James tells himself he'll take just a little, just enough to get his child support, his probation officer, his sister, his grandmother, and his baby mama off his back. Besides, a total dweed like Mickle couldn't do much about it even if he did find out? Right? Wrong! James is about to find out there's a fierce, cunning, brutal side to Mickle - and Mickle's friends - that he hasn't even come close to seeing yet!

Weed packs several kilos of drug-fueled action, violence, and suspense into the short novel form. Daryl Burns spent several decades as a small town journalist on the police and court beats. He runs a microbrewery and does some part-time English teaching in addition to writing and editing technical manuals on a freelance basis. He is the only other writer licensed to pen stories using characters and settings from author David Bain's fictional town of Green River, Michigan.