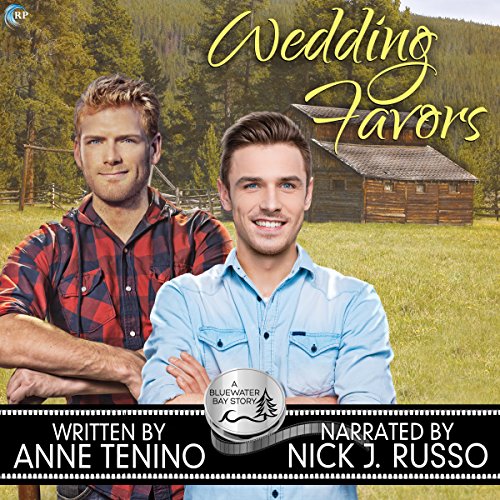 Lucas Wilder's best friend is a traitor. First, Audrey moved back to their hick-infested hometown, Bluewater Bay, and now she's marrying a local. His own brother, in fact. And as her man of honor, Lucas gets coerced into returning for an extended stay. Although, between his unfaithful ex-boyfriend and his artist's block, going home isn't the worst thing that could happen. Even if the best man is Gabriel Savage, Lucas's first crush, first hookup, and first heartbreak.

The only reason Gabe hasn't been waiting for Lucas to return to Bluewater Bay is because he never thought it'd happen. Not that it matters now that Lucas is back - Gabe's still a logger who's never been anywhere (Canada doesn't count), and Lucas is now a famous sculptor who's been everywhere twice. Plus, there's that shared past.

When Audrey asks Lucas to make her wedding favors, the only place to set up a kiln is at Gabe's tree farm. Soon, they pick up where they left off 12 years before, then blow past it, discovering why neither of them forgot the other. Now they have to choose how much of their history they'll repeat, and what future they'll make together.