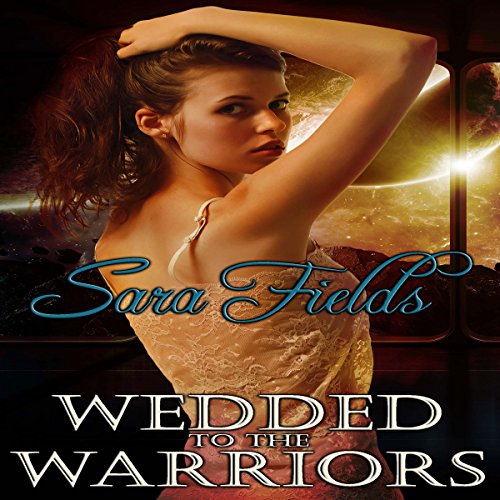 Wedded to the Warriors

As an unauthorized third child, nineteen-year-old Aimee Harrington has spent her life avoiding discovery by government authorities, but her world comes crashing down around her after she is caught stealing a vehicle in an act of petulant rebellion. Within hours of her arrest, she is escorted onto a ship bound for a detention center in the far reaches of the solar system.

This facility is no ordinary prison, however. It is a training center for future brides, and once Aimee has been properly prepared, she will be intimately, shamefully examined and then sold to an alien male in need of a mate. Worse still, Aimee's defiant attitude quickly earns her the wrath of the strict warden, and to make an example of her, Aimee is offered as a wife not to a sophisticated gentleman but to three huge, fiercely dominant warriors of the planet Ollorin.

Though Ollorin males are considered savages on Earth, Aimee soon realizes that while her new mates will demand her obedience and will not hesitate to spank her soundly if her behavior warrants it, they will also cherish and protect her in a way she has never experienced before. But when the time comes for her men to master her completely, will she find herself begging for more as her beautiful body is claimed hard and thoroughly by all three of them at once?