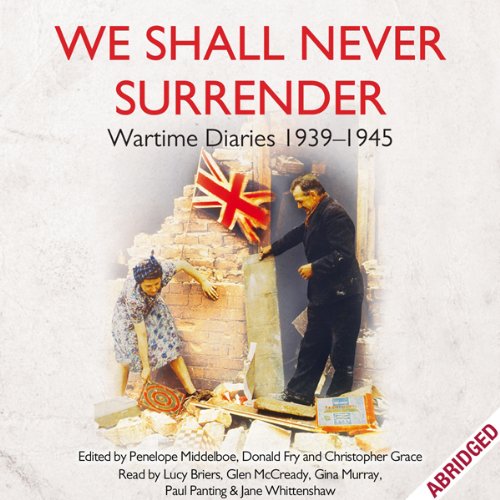 We Shall Never Surrender

During the six long years of the Second World War the British psyche was changed irrevocably. British men and women on both the war front and at home were forced to take life-altering decisions, independently. What no-one could predict were the consequences on the family and on society of these independent journeys by husbands, wives, children, mothers, fathers, siblings. Nobody would ever be the same. We Shall Never Surrender takes us through key moments in that six- year conflict through a range of distinct voices, professions and geographical locations. Each of the diarists tell their own, fascinating stories.