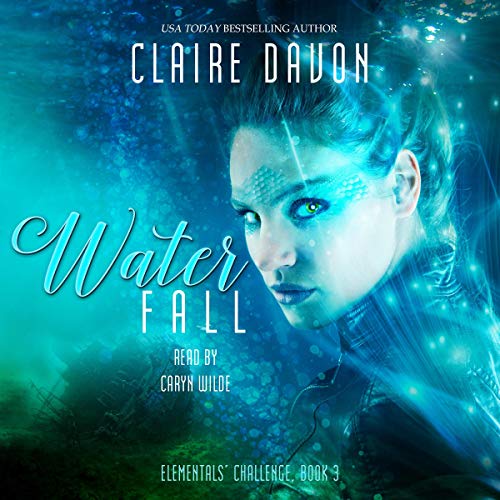 Lara thought she had time to ease into her role as Water Elemental, guardian and defender of the sea and all its creatures. Time to learn the skills to rise to the next Challenge, many decades away. Then she felt the shift.

When Sullivan intrudes upon her oceanside sanctuary, stirring memories of the blazing night he bound her, body and soul, to her new life, the shark king confirms her suspicions. A new Challenge is upon them. And Sullivan, the prime suspect in her predecessor’s death, demands her trust.

Sullivan remembers the carnage - human and paranormal - the last time the Elementals failed to win Challenge. It must not happen again. But in the six years since he reluctantly left Lara’s side, she hasn’t learned nearly enough to defeat a rapidly rising enemy. A gargantuan Demonos that makes him look like a minnow.

Shifters and elementals don’t mix, but Sullivan’s made a deal with the gods to teach her to fight. Now if he could only convince his wayward body to put aside the searing memory of her touch. Because distraction now could spell disaster to them all.