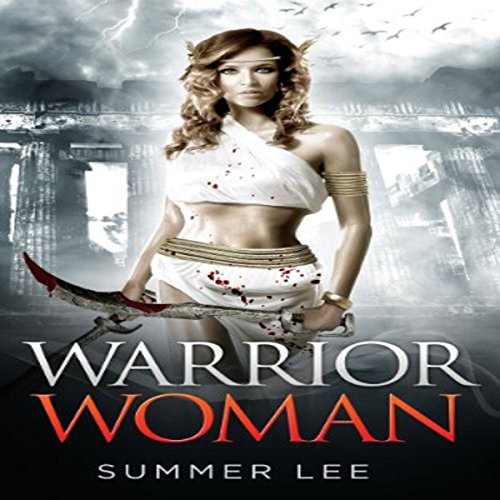 Four thousand years ago, as the Israelites drove the Canaanites from the Promised Land, they met more than human resistance. They encountered evil giants which had been born from the unholy unions of fallen angels and human women.

In Warrior Woman, acclaimed Christian author Summer Lee unfurls a standalone adventure romance that expands Biblical history into a fantasy of epic proportions. Achsah, a young woman, is assigned the divine mission of saving her people from the most evil giant of all.

When the adventure begins, Achsah is chosen as official lookout for all of Israel. Her job is to alert her father, a military chief, when she sees the enemy coming. Between hunting for giants, visions from God, and saving people, Achsah is romantically pursued by two soldiers. The older man is a distant cousin - he's a widower with a young daughter who pulls at Achsah's heartstrings. The other man is young and handsome, but his humble birth and lack of station in Jewish society mean he is not prime marriage material for the daughter of a war chief. Only her father has the power to choose her husband and neither of Achsah's suitors measure up.

When the vile giant poses an imminent threat, not just to everyone she loves, but to the entire fate of the Israelites, Achsah knows she must be obedient to God and slay the giant.

Achsah is an unsung, anointed heroine who is filled with God's strength and goodness, which will help her fight for the most precious treasure of all: the claim to the Promised Land.

Warrior Woman contains spiritual quests, danger, clean romance, betrayal, and redemption, with all of the excitement that listeners have come to love from the remarkable pen of Christian author Summer Lee.