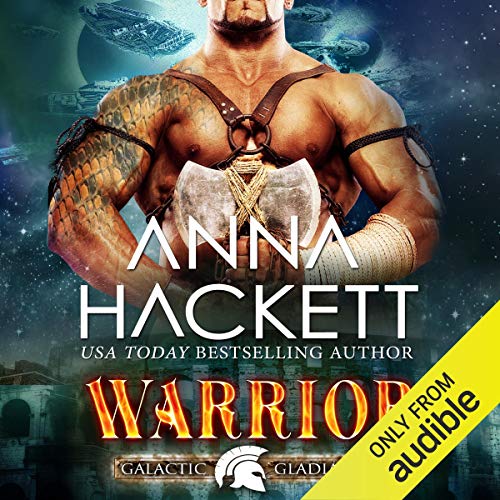 Fighting for love, honor, and freedom on the galaxy's lawless outer rim...

It was supposed to be an exciting job on a space station, but instead, scientist Dr. Regan Forrest finds herself fighting for her life when she's kidnapped by alien slavers. Far from Earth and forced into a violent gladiatorial arena on the outer rim, she finds herself swept into the brawny arms of a big, wild alien gladiator.

Weapon, brute, gladiator, warrior...Sirrush warrior Thorin has been called many things. As a warrior of his people, he was a dark, dangerous weapon until even his own family were too afraid of him. Sold into slavery in the Kor Magna Arena, he has long ago earned his freedom. Now he enjoys the violent but rewarding life he's carved out for himself. Until he rescues one small, smart, and perplexing female from alien slavers.

Regan is determined to make a place for herself in her new home. She may not have the skills to fight in the arena, but she's smart and knows she can help...even as she fights her attraction to the big, bold, and fascinating Thorin. She knows he'll never be interested in her. But when Regan catches a glimpse of her cousin across a crowded market, she needs help to mount a rescue, and it comes in the form of the gladiator she desperately wants. A gladiator hiding a dark, uncontrollable secret with the power to destroy them both.