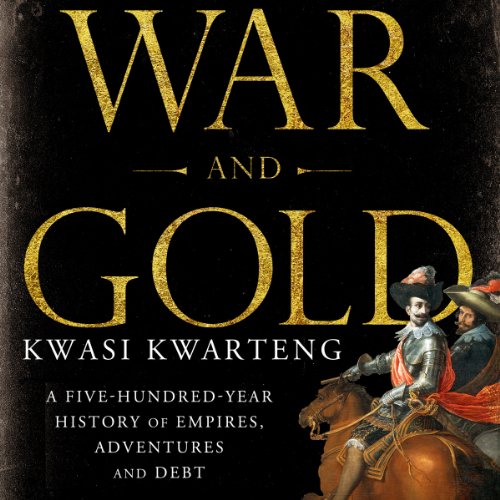 The world was wild for gold. After discovering the Americas, and under pressure to defend their vast dominion, the Habsburgs of Spain promoted gold and silver exploration in the New World with ruthless urgency. But, the great influx of wealth brought home by plundering conquistadors couldn’t compensate for the Spanish government’s extraordinary military spending, which would eventually bankrupt the country multiple times over and lead to the demise of the great empire.

Gold became synonymous with financial dependability, and following the devastating chaos of World War I, the gold standard came to express the order of the free market system. Warfare in pursuit of wealth required borrowing - a quickly compulsive dependency for many governments. And when people lost confidence in the promissory notes and paper currencies issued during wartime, governments again turned to gold.

In this captivating historical study, Kwarteng exposes a pattern of war-waging and financial debt - bedmates like April and taxes that go back hundreds of years, from the French Revolution to the emergence of modern-day China. His evidence is as rich and colorful as it is sweeping. And it starts and ends with gold.