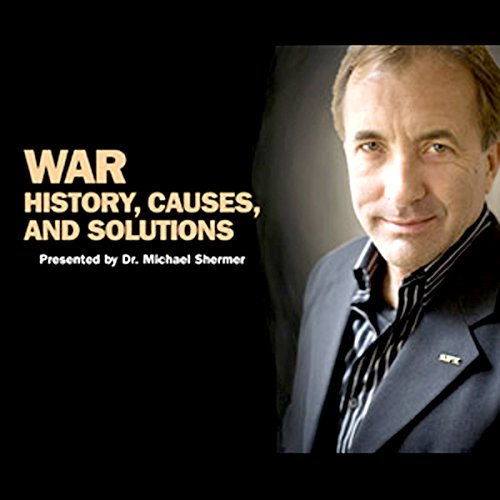 In his college war course, Dr. Shermer mixes straight narrative history with science, philosophy, and theory as to the causes of and solutions to war.

The course begins with an overview of war and terms and definitions as they will be used throughout the course. The detailed history covers the rise of the nation-state, the ancién regime of France and the French Revolution, the American Civil War and its economic and political consequences, World War I and the Russian Revolution, Mussolini and the fascists and Hitler and the Nazis, World War II: European & Pacific theaters, the building and dropping of the atomic bomb, and the holocaust of the Jews and American Indians.

Dr. Shermer then explores the proximate and ultimate causes of all wars, employing psychology, anthropology, and evolutionary theory to explore political and economic solutions to the prevention of war.