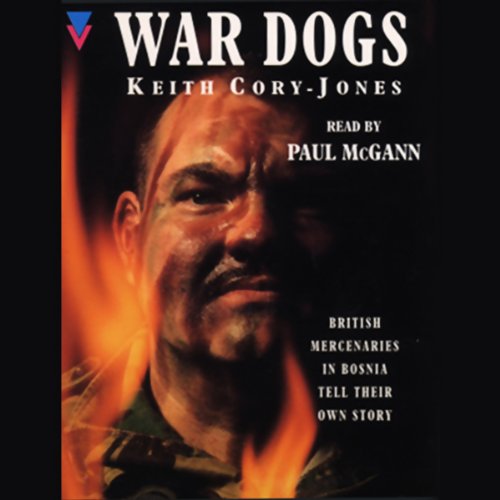 Here is the incredible adventure of a Wild Bunch of British mercenaries in Bosnia, an insiders gripping account of the war that goes far beyond what we read in the newspapers.

Equally courageous, equally deadly, the British mercenaries in Bosnia have a story to tell, but a story without official blessing. War Dogs follows the fortunes of a gang of eight Bosnia mercenaries, a mixed bunch, old and cynical, young and naive, mean and psychotic, including two idealists; the rest just in it for the money.

Each of these rogue warriors has his own special skills, strengths and weaknesses, and are all tested in an increasingly terrifying and desperate series of engagements with the enemy. Both sides fight dirty, and not all of the mercenaries make it back to Britain. One boy with no military experience told his mother he is working in Eurodisney, and she only found out the truth when he came back in a box.