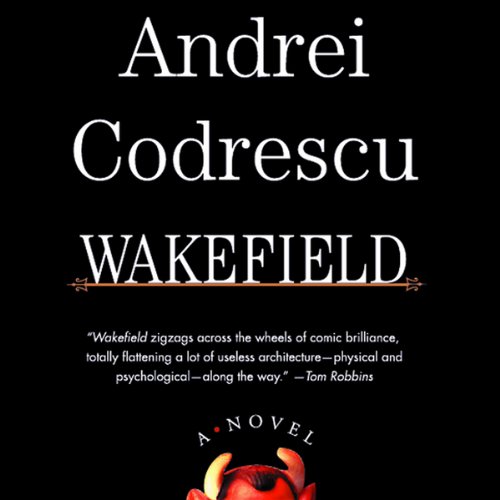 When the Devil comes to take him, Wakefield, a motivational speaker and architecture buff, isn't ready. He plies the Dark One with scotch and strikes a bargain: He, Wakefield, will take a year to search for an alternative life.

Our tragicomic hero shares a name (and other traits) with the main character of Nathaniel Hawthorne's short story, "Wakefield". He criss-crosses the country, meeting New Age gurus, billionaire techno-geeks, global pioneers, gambling addicts, models, venture capitalists, art collectors, rainforest protesters, S&M strippers, and more. As his own "inner architecture" shifts, he attempts to restore his world through a shocking act that baffles even his jaded Satanic Majesty.