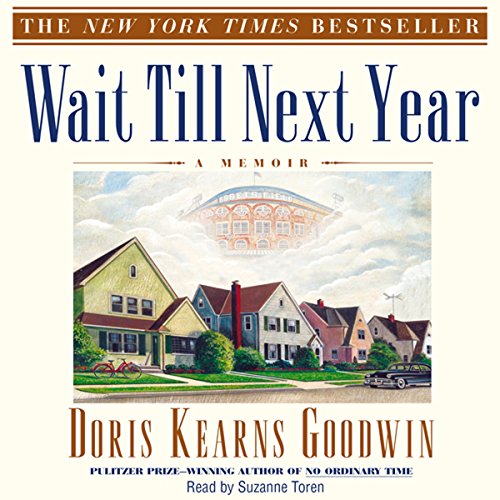 Wait Till Next Year

Wait Till Next Yearis the story of a young girl growing up in the suburbs of New York in the 1950s, when owning a single-family home on a tree-lined street meant the realization of dreams, when everyone knew everyone else on the block, and the children gathered in the streets to play from sunup to sundown. The neighborhood was equally divided among Dodger, Giant, and Yankee fans, and the corner stores were the scenes of fierce and affectionate rivalries.

The narrative begins in 1949 at the dawn of a glorious era in baseball, an era that saw one of the three New York teams competing in the World Series every year, and era when the lineups on most teams remained basically intact year after year, allowing fans to extend loyalty and love to their chosen teams, knowing that for the most part, their favorite players would return the following year, exhibiting their familiar strengths, weaknesses, quirks, and habits. Never would there be a better time to be a Brooklyn Dodger fan.

But in 1957 it all came to an abrupt end when the Dodgers (and the Giants) were forcibly uprooted from New York and transplanted to California. Shortly after the Dodgers left, Kearns' mother died, and the family moved from the old neighborhood to an apartment on the other side of town. This move coincided with the move of several other families on the block and with the decline of the corner store as the supermarket began to take over. It was the end of an era and the beginning of another - and for Kearns, the end of childhood.

"Ms. Goodwin has... made familiar events seem fresh again, as if they were happening for the first time only a couple of days ago." (Christopher Lehmann-Haupt, The New York Times)
"Lively, tender, and... hilarious... [Goodwin's] memoir is uplifting evidence that the American dream still exists - not so much in the content of the dream as in the tireless, daunting dreaming." (Jodi Daynard, The Boston Globe)
"A poignant memoir.. .marvelous... Goodwin shifts gracefully between a child's recollection and a adult's overview." (Peter Delacorte, San Francisco Chronicle Book Review)