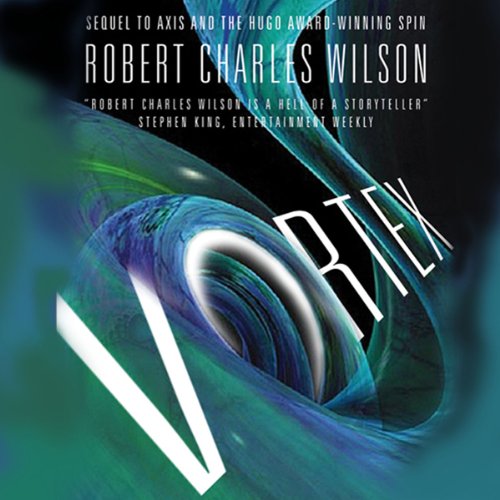 Vortex tells the story of Turk Findley, the protagonist introduced in Axis, who is transported 10,000 years into the future by the mysterious entities called “the Hypotheticals”. In this future, humanity exists on a chain of planets connected by Hypothetical gateways; but Earth itself is a dying world, effectively quarantined. Turk and his young friend Isaac Dvali are taken up by a community of fanatics who use them to enable a passage to the dying Earth, where they believe a prophecy of human/Hypothetical contact will be fulfilled. The prophecy is only partly true, however, and Turk must unravel the truth about the nature and purpose of the Hypotheticals before they carry him on a journey through warped time to the end of the universe itself.