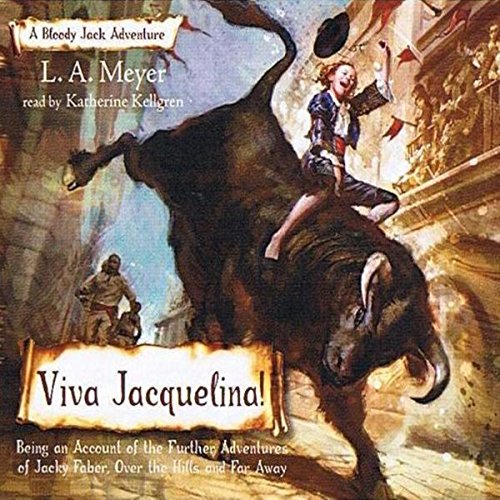 The vivacious Jacky Faber return in the 10th tale in L. A. Meyer's Bloody Jack series! Once again under the thumb of British Intelligence, Jacky is sent to Spain to spy for the crown during the early days of the 19th-century Peninsular War. She finds herself in the company of guerilla freedom fighters, poses for the famous artist Goya, runs with the bulls, is kidnapped by the Spanish Inquisition, and travels with a caravan of gypsies...all while hoping to one day reunite with her beloved Jamie Fletcher.