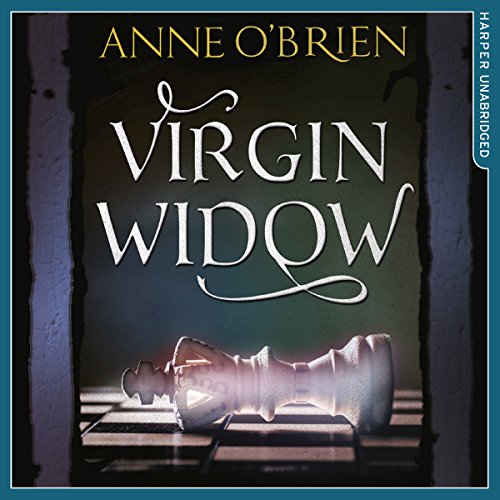 'I was a penniless, landless petitioner, my Neville blood a curse, my future dependent on the charity of those who despised me....'

Anne Neville is the heiress and daughter of the greatest powerbroker in the land, Warwick the Kingmaker. Trapped in a deadly tangle of political intrigue, she is a pawn in an uncertain game, used by the houses of Neville, York and Lancaster alike. In England's glittering, treacherous court, not all wish to see the Nevilles raised high.

The Earl of Warwick's ambition and pride lead him into an attempt to depose the Yorkist King; his treason forces his family into exile. Humiliated and powerless in a foreign land, Anne must find the courage and the wit to survive in such a dangerous man's world.

In this compulsively listenable audiobook, Anne O'Brien vividly evokes the story of Richard III's queen with a passion and vibrancy reminiscent of Philippa Gregory and Alison Weir.

Praise for Anne O'Brien:
"Anne O'Brien has joined the exclusive club of excellent historical novelists." ( Sunday Express)
"One of the best writers around...she outdoes even Philippa Gregory." ( The Sun)
"Her writing is highly evocative of the time period.... O'Brien has produced an epic tale." ( Historical Novel Society)
"Anne O'Brien's novels give a voice to the 'silent' women of history." ( Yorkshire Post)
"Once again O'Brien proves herself a medieval history magician, conjuring up a sizzling, sweeping story." ( Lancashire Evening Post)
"An exciting and intriguing story of love and historical politics. If you enjoy Philippa Gregory and Alison Weir you will love Anne O'Brien." ( We Love This Book)
"A brilliantly researched and well-told story; you won't be able to put this book down." ( Candis)
"A fast paced historical drama that is full of suspense." ( Essentials)

Anne is one of one of the lesser known queens of England. This book tells the story of her chiIdhood and youth, full of intrigues and tempestuous times. I loved the storytelling which keeps you right at Anne's side and lets you see trough her eyes. She is portrayed as a character of strong will. If she seems sometimes a bit slow on the uptake, remember how young she is and how much she loves and trusts her father and family.
The only thing that disappointed me: I would have loved to learn more about her life at Richard's side especially of her short time as queen. But the book doesn't give us any insight in this time.So, I hope there will be a sequel.