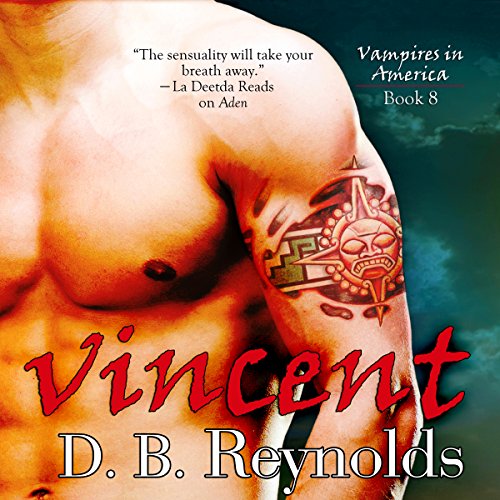 Sinaloa, Mexico. Haunting deserts, hot nights, and vampires who’ve been there for hundreds of years, watching from the shadows, playing their games, manipulating humans, and surviving at any cost.

Vincent Kuxim, powerful and charismatic, was made a vampire by an ambitious leader looking for soldiers to pave his way to the rule of all Mexico. But more than a century later, Vincent’s Sire is looking over his shoulder as Vincent closes in for the kill, ready to claim the title of Lord of Mexico for himself.

Lana Arnold is a bounty hunter, smart, beautiful, and determined to chart her own future. So when the most powerful vampire lord in all of North America enlists her help in tracking down a very old and elusive bloodsucker, Lana sees nothing but opportunity. There’s only one catch. The client wants her to take Vincent - a vampire she neither knows nor trusts - along on her hunt. Then again, maybe it’s herself she doesn’t trust, because Vincent Kuxim is sex walking in a pair of tight black jeans.

Thrown together by circumstance, Vincent and Lana soon find themselves battling an evil they didn’t know existed, in a fight that makes Vincent all the more determined to destroy his Sire and seize Mexico for himself - and keep Lana by his side forever.