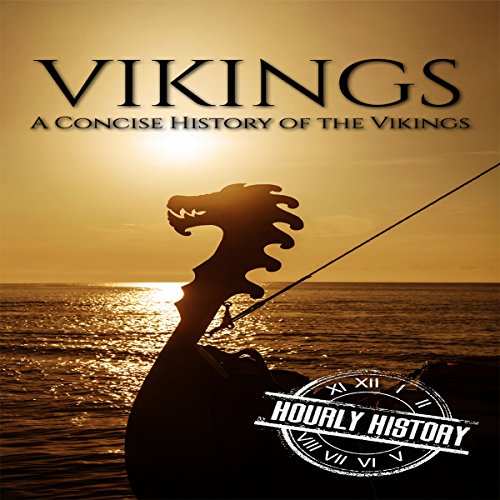 Vikings: A Concise History of the Vikings

The saga of the Vikings rises and falls on the banks of history, ebbing and flowing with popular opinion and whimsical anecdotes. The Vikings are routinely typecast and labeled anywhere from bloodthirsty tyrants to valiant heroes. They have been condemned as pirates and praised as explorers. We have all heard the stories of the fierce warriors with long ships and horned helmets storming onto the shores of medieval Europe - but who were these men really?

From this audiobook, you will learn about:

This audiobook helps to unravel the mystery. Helping to finally shed the light on why the Vikings abruptly descended onto the world stage in such dramatic fashion, this audiobook begins to explore the motives of the Viking exodus like no other and takes an in-depth evaluation of all the geographical, political, economic, and religious underpinnings that led the Viking Age.