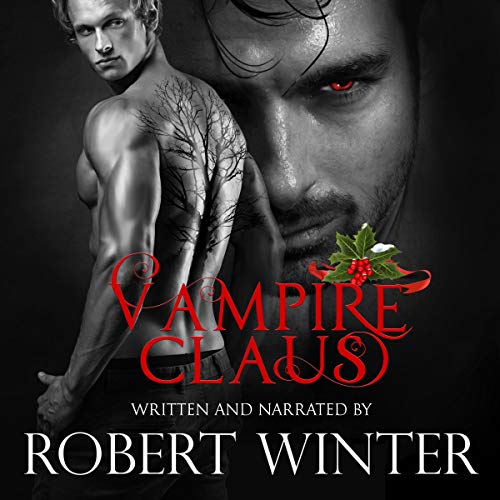 Find some holiday cheer any time of the year with the best-selling romance Vampire Claus, narrated by the author.

"Twas the night before Christmas, but what’s stirring is a little more dangerous than a mouse."

Taviano is nearly 200 years old and never wakes in the same place twice. Weary and jaded, the vampire still indulges in memories of childhood Christmases in Naples. He lingers in shadow, spying on mortals as they enjoy the holiday.

When Taviano spots a handsome young man in Boston loaded down with presents and about to be mugged, he can’t help but intervene. Soon, he’s talking to joyous, naïve, strong-willed, and funny Paul, a short-order cook who raised funds to buy Christmas presents for LGBTQ children. Before he knows what’s happened, Taviano is wrapped up in Paul’s arms and his schemes to get the presents delivered by Christmas morning.

A vampire turned into a Christmas elf.... What could go wrong?

Vampire Claus is a stand-alone gay romance about a lonely vampire and a fearless mortal with no instinct for self-preservation. A heartwarming ending, no cliff-hanger, and a young man who discovers he has a thing for fangs. Isn’t that what Christmas is all about?