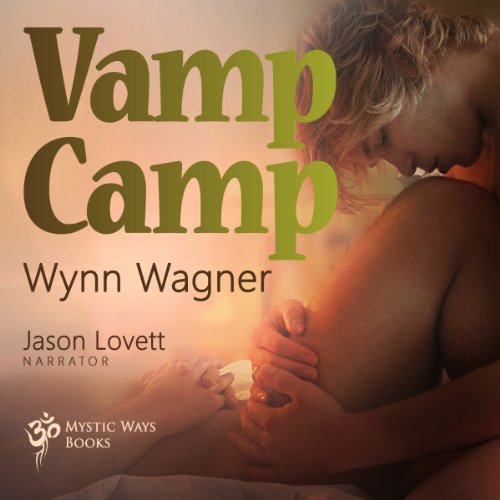 Who knew that being a gay vampire could be loving and tender? This is a blazingly fast adventure and all the scary/creepy/freaky drama you'd expect from a vampire tale. You also get the wicked wit of Marten Larsson as he learns to live (no, not 'live' exactly) as a vampire. From steamy sex to hunting rogue goons, Marten masters the art and science of vampirism. Did he want to be a vamp? Not so much.

He wanted it as much as he asked to have a sissy circle over the 'å' in his name. His mother didn't ask him about the name, and his Maker didn't ask if he wanted to be a vampire. He just woke up dead one day with a piece of paper that said, "Dude, you're a vampire. Drink some blood." The instructions were in a language he didn't even know.

Another vampire found Marten and agreed to teach him how to be a vamp with the proper amount of suction. Marten tells us how he did it at Vamp Camp. He has to survive without getting staked or baked. He gloats that he and his boyfriend can make love levitating on the topside of a cumulus cloud. Just don't ever mention that circle over the 'a' in his first name.

He goes from zero to Viking Vampire in about a second, and he keeps breaking things before he calms down. Join Marten as he learns how to mainstream with fangs and a blood-lust. Vamp Camp is tender, funny, sexy, and fast-paced.