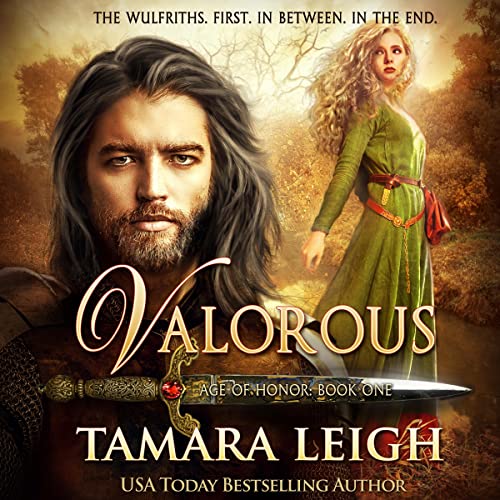 The Wulfriths. First. In between. In the end.

The Hundred Years' War of the late middle ages, the backdrop against which the formidable Wulfriths of the Age of Conquest and Age of Faith series continue their tale.

The honor of Hector Wulfrith

Pale rider. For all the wives lost to him, it is what some call England’s renowned trainer of knights, a name that reaches beyond those losses to the plague come out of the east. Believing it God’s will he not wed again, Hector Wulfrith resists being drawn to the courageous lady who enters a country at war with her own, and, disguised as a man, trespasses on his home. However, when her resolve to obtain training for a boy she claims is Wulfrith kin drags him into her mess of murder and thievery, mutual attraction becomes something more. If he can save her, dare he risk gaining her for himself knowing her fate could prove the same as his doomed wives’? Would it not be better to encourage her to return the affections of his heir - a brother wronged for what Hector stole from him?

The mess of Séverine De Barra

Since the surrender of her town to English forces, the greatest kindness shown Séverine is that of an enemy of silvered dark hair who saved her from his own when she sought to protect her cousin. Years later, she crosses the channel to keep her word to the boy’s departed sire to place him with distant kin for knighthood training. But the trouble awaiting them in England follows them to Baron Wulfrith, whom she must deceive to gain an audience - one that comes to naught though he proves her former savior. Desperate to secure her cousin’s future before the fugitive made of her endangers him, Séverine furthers her deception to obtain the baron’s aid and finds her heart turning to him. But, to what lengths will one of fortified emotions go to save a French lady destined for imprisonment in the Tower of London - and possibly death?