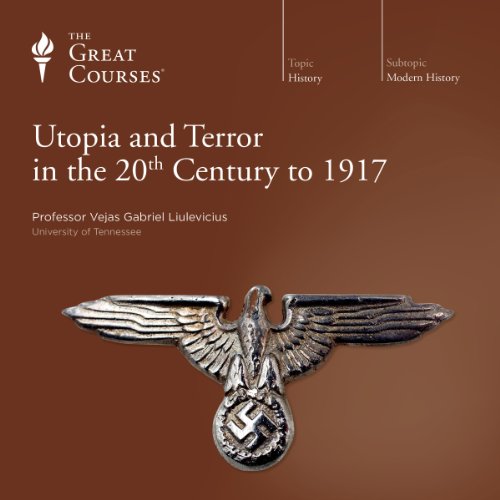 Utopia and Terror in the 20th Century

From the trenches of World War I to Nazi Germany to Saddam Hussein's Iraq, the 20th century was a time of unprecedented violence. Yet while such monumental violence seems senseless, it is not inexplicable. If we can understand the origins of violence, we may prevent even greater horrors in the century to come.

These 24 necessary lectures trace the violent history of the 20th century, beginning with its early roots in the American and, especially, the French revolutions. With each passing lecture, you will see how the 20th century's violence was the result of specific historical developments that eventually combined, with explosive results.

The most sinister development of all, however, was the notion that utopia was not just a perfect paradise to look forward to in the afterlife. Instead, utopia could be built right now, in this life. Such 20th-century ideologies as Marxism, Nazism, Communism, and Fascism embraced this idea willingly - even enthusiastically - and used terror to implement it.

You'll see how leaders of totalitarian governments act as mobsters, and how regimes create fear and command allegiance through the use of bureaucratic "machines," such as the cult of the leader, secret police, and the media. In the final lectures, Professor Liulevicius considers recent figures such as Saddam Hussein and Osama bin Laden and assesses terrorism in the contemporary world.