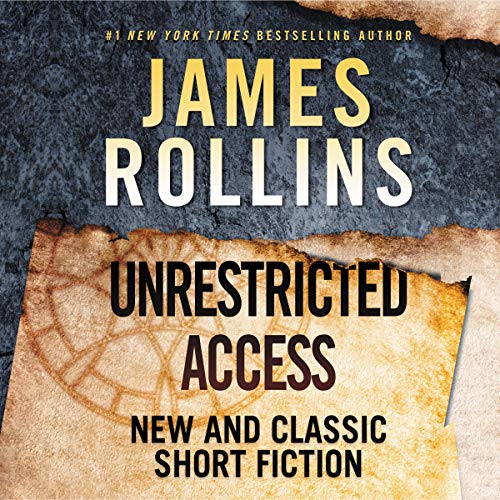 Experience the exciting breadth of number one New York Times best-selling author James RollinsŌĆÖs wild imagination and adventurous spirit in this anthology of his short masterworks, including a new full-length novella featuring Captain Tucker Wayne and his military war dog, Kane, as well as 11 previously published short stories, gathered together for the first time.┬Ā

In this breathtaking collection of short fiction, his first ever anthology, James Rollins brings together 12 thrilling stories that dig a little deeper into his creative stomping grounds and open vistas into new landscapes and characters.┬Ā

At the center of Unrestricted Access is the never-before-published novella "Sun Dogs.ŌĆØ While trekking through the Sonora desert, a gunshot thrusts Tucker and Kane into an adventure that challenges their considerable skills. The discovery of secrets known only to the native tribes of Arizona threatens to unleash an ancient force that could irreparably alter the future. It also forces Tucker to make a terrible choice that will shatter his relationship with his soul-bonded companion Kane.┬Ā

As these partners learn, nothing remains buried forever and old debts must be paid, no matter the cost.

Other stories - each with an introduction by James Rollins - are just as compelling, offering broader insight into this acclaimed masterŌĆÖs fictional universes, including:┬Ā

Filled with adventure, intrigue, history, and speculative science, Unrestricted Access demonstrates RollinsŌĆÖs remarkable creative powers and is a must-have collection for his many fans.┬Ā