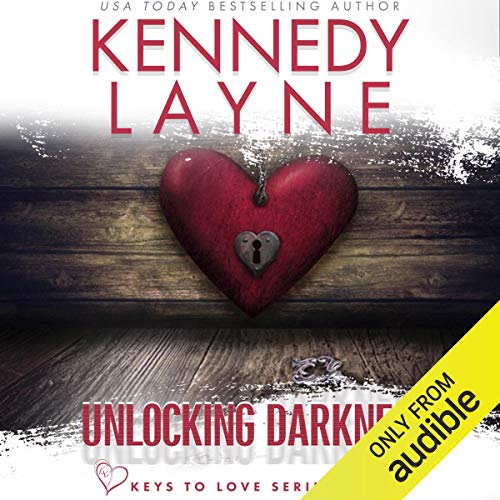 USA Today best-selling author Kennedy Layne brings you the thrilling conclusion to the Keys to Love series that will leave you wondering...who can you truly trust?

Mitch Kendall was welcomed home after 16 years by a murder investigation that plagued every member of his family. He wanted the dark cloud lifted that hung over his return, so he did the only thing he could - he called in a favor from an old friend.

Allie Delaney spent most of her adult life building her career as a special investigator solving cold cases for the New York Police Department. She loves her city and would never consider leaving the bright lights, but she was willing to take a well-deserved vacation to pay back an old friend.

While Mitch and Allie work together to hunt down a rural serial killer, their attraction spirals out of control. As they begin to mix business with an intense pleasure, they draw nearer to a malevolence that has been secreted away for over a decade. They might find themselves wishing the sins of the past had stayed buried when the evil in the darkness reaches out for them.

Series description: Their homecoming wasn't so welcoming. Four brothers and one sister each gave 12 years of their lives to serve their country and fulfill their family's legacy of service. As each of them return to their home of record, they weren't prepared for what awaited them - an unforgivable sin that has been hidden for 12 long years. Secrets and lies are concealed in the dark shadows of the very town they were raised in, and the Kendall family will have no choice but to rely on one another to unravel the sinister evil that they all hold the keys to unlock.