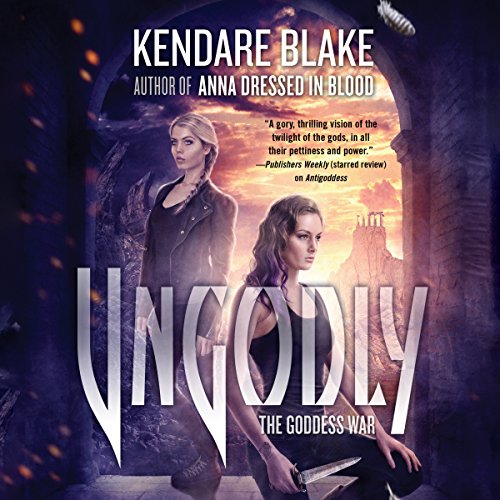 As ancient immortals are left reeling, a modern Athena and Hermes search the world for answers in Ungodly, the final Goddess War novel by the acclaimed author of Anna Dressed in Blood.

For the Goddess of Wisdom, what Athena didn't know could fill a book. That's what Ares said. So she was wrong about some things. So the assault on Olympus left them beaten and scattered and possibly dead. So they have to fight the Fates themselves, who, it turns out, are the source of the gods' illness. And sure, Athena is stuck in the underworld, holding the body of the only hero she has ever loved. But Hermes is still topside, trying to power up Andie and Henry before he runs out of time and dies, or the Fates arrive to eat their faces.

And Cassandra is up there somewhere, too. On a quest for death. With the god of death. Just because things haven't gone exactly according to plan, it doesn't mean they've lost. They've only mostly lost. And there's a big difference.