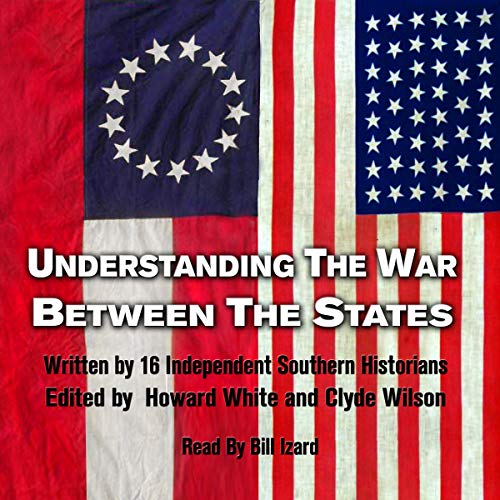 Understanding the War Between the States

Understanding the War Between the States

Understanding the War Between the States is a supplemental history by 16 writers that enables a more complete and truthful study of American history. Consisting of 40 concise chapters, beginning with the Colonial era of North America, moving to the Revolution and the establishment of the US, it proceeds into westward expansion to the Pacific Ocean. But at that point in American history, the Northern cultures and Southern cultures clash in a horrific political sectional contest over how powerful the country's federal government should be.

After four years of horrific war, even "total war", the Federals prevail. A process of political reconstruction ensues, a process for the federal government to become all-powerful is launched, and the limited government promised by the American Revolution is lost to memory. State rights declines into a faint memory of days long ago, everywhere, North, South, and West.

Our society has produced the most concise, complete, and easily understandable history that has ever been created for the purpose of imparting a truthful understanding of the war between the states.