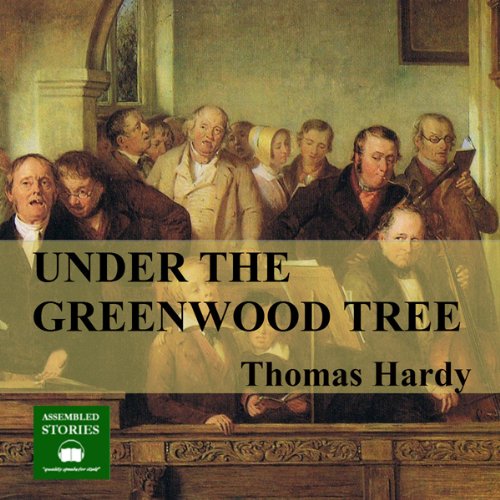 A wonderfully evocative tale of the courtship of Fancy Day, newly arrived schoolmistress, by Dick Dewy, carrier of goods, during the four seasons of one year in Wessex.

Most of Hardy’s work had tragedy woven into the narrative but Under the Greenwood Tree is full of whimsy and good humour. The story is not without its serious comment, however, as Hardy reflects on class division and the disappearance of heritage in the rural community.

Parson Maybold, a rival for Fancy’s hand, has plans to install a mechanical organ in his church thereby replacing the services of the choir. The village rustics, who resent this intrusion, bring much comedy to the tale and were such a successful addition that the author used the idea in several of his later works.

The book is Hardy’s most appealing statement - revealing his respect and reverence for musical tradition, the countryside, and the simple nature of the people who inhabited its fragile communities.