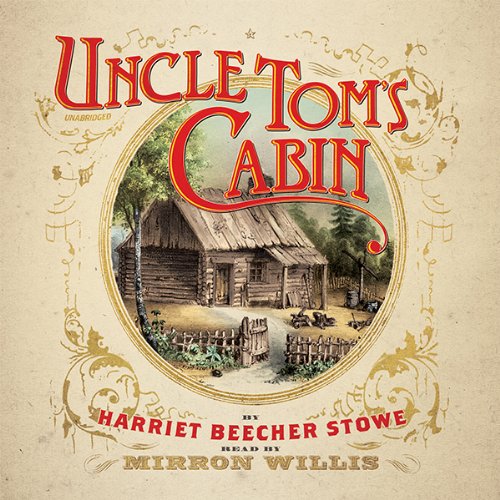 Uncle Tom is a high-minded, devoutly Christian black slave to a kind family, the Shelbys. But beset by financial difficulties, the Shelbys sell Tom to a slave trader. Young George Shelby promises to someday redeem him. The story relates Uncle Tom's trials, suffering, and religious fortitude.

Uncle Tom's Cabin was revolutionary in 1852 for its passionate indictment of slavery and for its presentation of Tom, "a man of humanity", as the first black hero in American fiction. It became an overnight sensation and remains a shocking, controversial, and powerful work, exposing the attitudes of white 19th-century society toward slavery and documenting, in heart-rending detail, the tragic breakup of black families.

" Uncle Tom's Cabin is the most powerful and enduring work of art ever written about American slavery." (Alfred Kazin, American writer and award-winning literary critic)
"One of the greatest productions of the human mind." (Tolstoy)