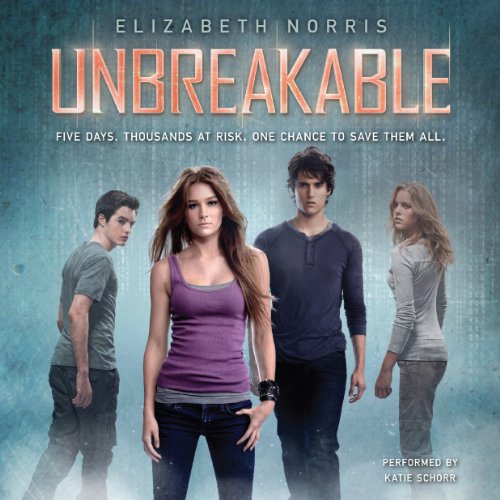 Unbreakable, the sequel to Elizabeth Norris’ Unraveling, blends science fiction, mystery, and romance into a thrilling story YA listeners won’t be able to put down.

It’s been four months since Janelle Tenner stopped the Earth’s destruction with the help of Ben, the boy who resurrected her after she died. Ben is gone now - disappeared through a portal to his home world.

Even though Ben broke her heart, Janelle refuses to believe it when Interverse Agent Taylor Barclay tells her Ben is suspected of running a human-trafficking ring across several universes. She vows to uncover the true culprit and rescue the people who have been sold into slavery on alternate Earths - not to mention find Ben and prove his innocence.

In addition to Ben, Barclay, and Janelle, Unbreakable brings back fan-favorite characters Elijah and Cecily in this action-packed thriller.