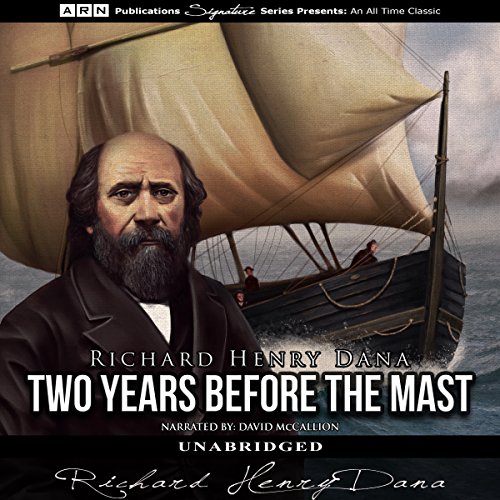 Two Years Before the Mast

Two Years Before the Mast

Two Years Before the Mast is an American classic published in 1840. This is the account of Richard Henry Dana’s two-year adventure as a sailor. Throughout his time sailing around Cape Horn on the brig Pilgrim, Dana kept a diary, and on his return to Massachusetts, he wrote this now-loved classic.

While attending Harvard College, Dana was stricken with measles, which would ultimately have a detrimental effect on his eyesight. Instead of going on a Grand Tour of Europe as most young men did in that era, he decided to work as a sailor, believing the open sea would be good for his health. Born in 1815, Richard Henry Dana was an American lawyer and politician who would become best known for being a champion of the common man.